Wall Street looks set to start another Friday session in the red, with futures sliding in concert with overseas markets are investors continue to worry that rising coronavirus infections will stifle growth over the final months of the year.

European stocks are on pace for their worst week in six months, while the MSCI World index, the broadest measure of global shares, suffered its biggest five-day decline since February.

Fed minutes suggesting a near-term tapering of the central bank's $120 billion in bond purchases, an ongoing crackdown on big tech in China — and a reluctance by the country's central bank to ease interest rates as the economy slows — are all combining to add to both growth concerns and market volatility, with the CBOE's benchmark VIX index trading at the highest levels since early May.

Goldman Sachs, in fact, trimmed its Q3 U.S. GDP forecast to 5.5%, noting the “impact of the Delta variant on growth and inflation is proving to be somewhat larger than we expected”.

On Wall Street, a mid-day rally on Thursday — despite a weaker-than-expected reading for the Philadelphia Fed's manufacturing activity index — erased most of the session's deep early declines, but lost steam over the fina! l hours of trading as bond markets held their ground.

Still, “Flow Show” data from Bank of America suggests stock market inflows rose by $23.9 billion last week, the largest in more than two months, and cash left the sidelines of portfolio managers for the first time since early July, suggesting investors might be seeing value in beaten-down U.S. and European indices.

The Thursday session certainly had it's highlights: weekly jobless claims fell to a 17-month low of 348,000 and both Macy's  (M) – Get Report and Kohl's  (KSS) – Get Report boosted their full-year profit forecasts after blasting the Street's second quarter earnings estimates. 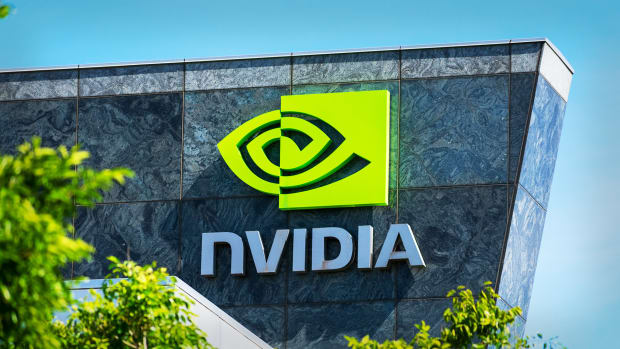 In terms of individual stock movers, Moderna  (MRNA) – Get Report shares were marked 2.8% lower at $364.93 each after t! he Washin! gton Post reported that health officials are probing links between the drugmaker's coronavirus vaccine and the risk of heart enlargement issues in young people.

Deere  (DE) – Get Report shares gained, as well, rising 1.55% to $364.55 each after a stronger-than-expected second quarter earnings report and a boost to its full-year profit forecast.

Johnson & Johnson  (JNJ) – Get Report were also active, and down 0.35% in pre-market, after the pharma and healthcare giant said CEO Alex Gorsky will step down at the end of the year, and tabbed industry veteran Joaquin Duato as his replacement.

Oil prices slid lower again Friday, as well, with WTI crude on pace for a 5% weekly decline and a four-month low, as rising coronavirus infection rates trim energy demand bets — particularly with respect to aviation and travel — and the dollar trades at nine-and-a-half month highs against its global peers.

WTI crude was marked 23 cents lower on the session at $63.22 per barrel while Brent futures contracts for October delivery were seen 28 cents lower at $66.17 per barrel.