On Aug. 23 Advanced Micro Devices, Inc (NASDAQ:AMD) broke up from a bull flag pattern called out by Benzinga on Aug. 18. A number of options traders must have seen the move coming: on Aug. 23, the traders bet over $1.6 million AMD’s stock would rise.

On Wednesday, it was reported the U.S. Department of Energy was nearing a deal worth $500 million to purchase a supercomputer made with AMD and NVIDIA Corp (NASDAQ:NVDA) chips.

The government initially planned to use chips made by Intel Corp (NASDAQ:INTL), but Intel is experiencing a production delay.

The AMD Chart: After breaking from the larger bull flag created between July 28 and Aug. 22, AMD shot up almost 4%. The stock has since consolidated the move by trading sideways. The rise up between Monday and Tuesday paired with the consolidation on Wednesday and Thursday and has settled AMD’s stock into another smaller bull flag pattern.

AMD is also trading about 22% above the 200-day simple moving average, which indicates overall sentiment in the stock is bullish.

Bulls want to see big bullish volume come in and break AMD up from the bull flag pattern. The stock has resistance at above at the $111 level, and after that there is no further resistance until AMD’s all-time high of $122.49. Bears want to see big bearish volume come in and drop AMD below support of the eight-day EMA, which would negate the bull flag. If the bull flag is negated, AMD could drop toward a lower support at the $103.83 level. Below the level, there is further support at $99.23. 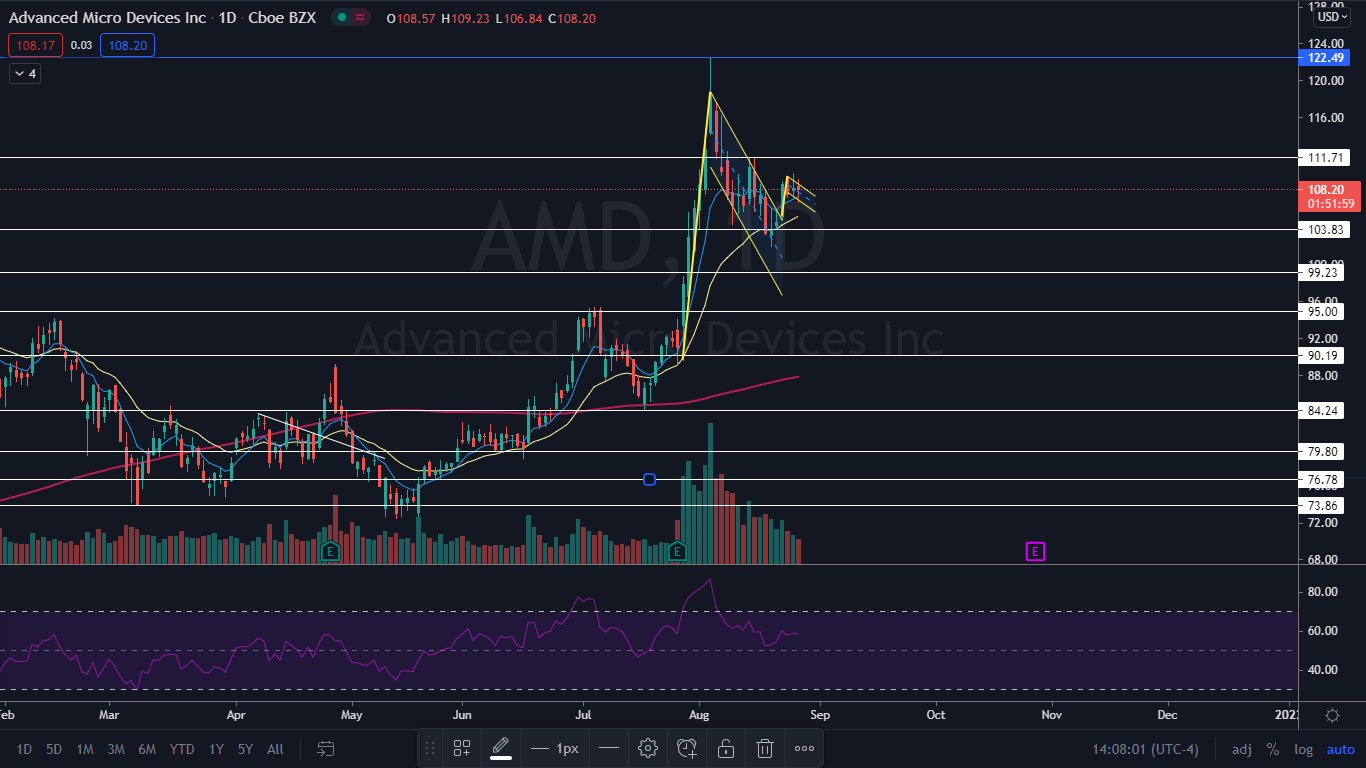