Elon Musk might be the biggest advocate of Dogecoin (CRYPTO: DOGE) in terms of corporate prestige and net worth, but an argument can be made that Nick Balazs is the biggest Dogecoin advocate in terms of muscularity.

Balazs is a competitive bodybuilder who has been active in the National Physique Committee (NPC) competitions for the last four years, with his best ranking to date in third place during the 2018 Southern States.

While bodybuilding fans recognize Balazs from his competitions, a larger portion of his considerable social media following on Twitter (NYSE:TWTR), YouTube and Instagram appreciate his muscle-flexing on behalf of Dogecoin.

A Doge Life: In an upcoming interview that will be broadcast on the new podcast “Benzinga Show Business,” Balazs recalled his first ventures into the crypto realm.

Balazs admitted that while many people keep bringing up that Dogecoin was first created as a joke, he realized there was more to the Dogecoin concept than digital mirth.

“I realized very early on that there was a huge potential for this to grow into the future,” he said, adding he set out an investing strategy where he treated his Dogecoin as if it were $1.

Balazs calculated that he spent about $10,000 for his initial Dogecoin purchase at a time when it was trading at 0.0007, which now has a value of “quite a few million.”

He acknowledged that some people seek to take belated advantage of his crypto prescience.

“No, I am not lending – the Bank of Balazs is not open,” he laughed.

Spreading the Word: Balazs has been fascinated with the new mainstream media interest in Dogecoin via Musk’s exuberant and sometimes enigmatic tweets, although he hoped the cryptocurrency’s success would not be too reliant on Musk’s running commentary.

“I think Dogecoin is its own thing,” he observed. “I've said for a very long time that there's no one person that controls Dogecoin. That's part of the reasons I picked it as a crypto — there's no CEO, there's no one guy that's driving it.”

For his part, Balazs has become something of a walking billboard for Dogecoin thanks to a Shiba Inu tattoo created by an ink-on-flesh artist who turned out to be a long-lost college friend.

“I told him the whole story and he opened the shop for me on a Sunday when they were closed,” he said. “He did a great job — he’s never done anything like that before, but he knocked it out of the park.”

And while Balazs’s tattoo makes an impression at his gym, he's best known for the championing of Dogecoin via his social media pages and a recurring guest spot on Steven Steele’s YouTube podcasts.

The Road Ahead: Looking into the near future, Balazs has no immediate plans to return to the bodybuilding stage. The 2020 pandemic canceled the competition calendar and Balazs stated he was re-evaluating his place in the sport, noting how he “valued my health a lot more than I value being some giant guy.”

“I don't want to see crypto be crushed by regulators,” he said. “But at the same time, I don't think there's anything wrong with a bit of regulation, especially when it comes to the token world. I think there probably needs to be some more regulation there. But I don't ever see the U.S. just banning crypto, unless something goes horribly wrong, I don't think that'll happen.” 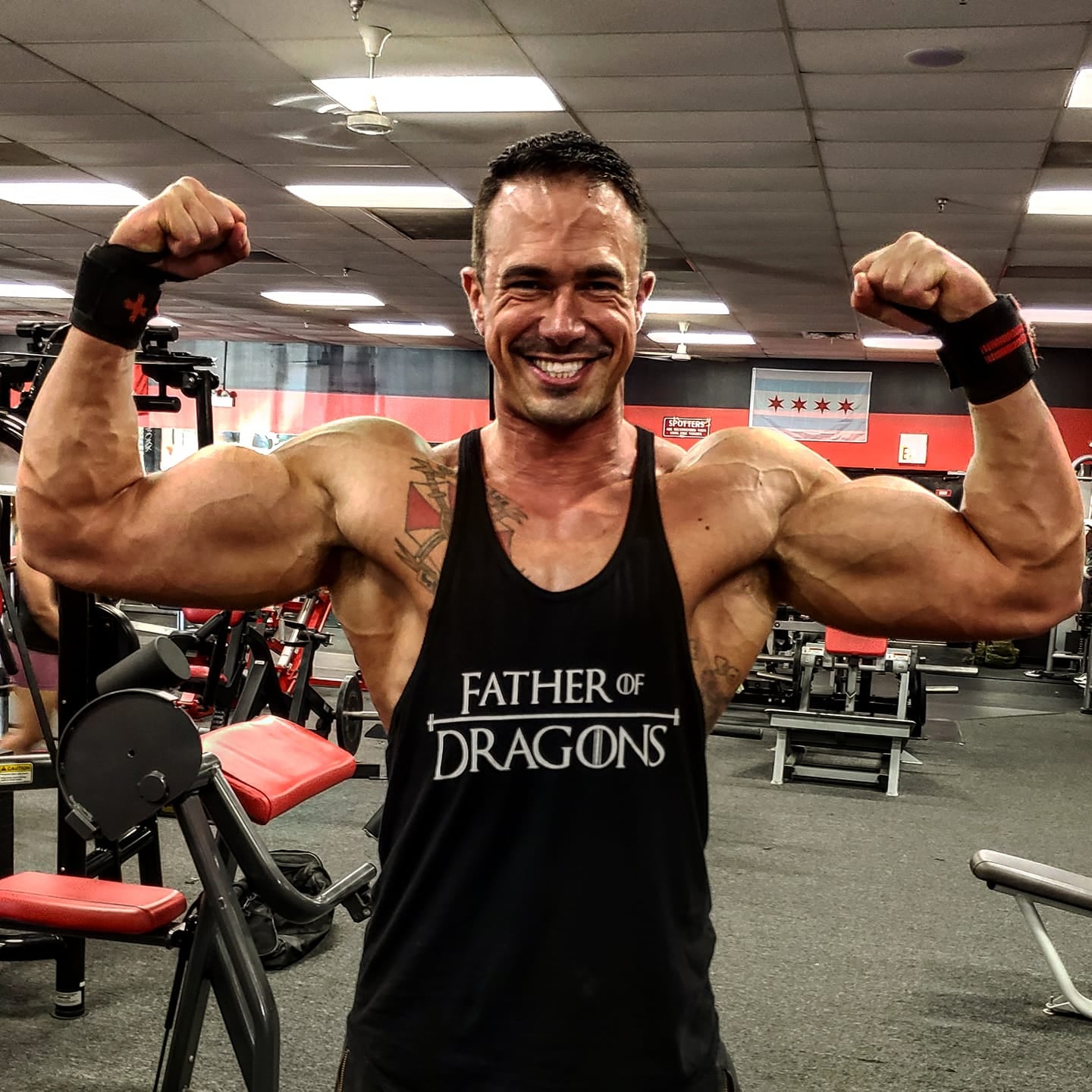